Last year I wrote about making a reverse Advent calendar, based on giving rather than receiving. In terms of my kids’ enthusiasm, I would call it a measured success, however I still love the idea, and decided to make one this year also. What did I learn from last year?

Last year, the calendar had a gift only every other day. This year I kept that format for the monetary gifts, but filled in the rest of the days with more personal good deeds.

I wanted to employ the same effective giving strategy as last year, and since GiveWell have not changed their recommendations, that also saved me a lot of work. For further details about which charities to include and how to allocate between them, see last year’s post. The final list this year is as follows: 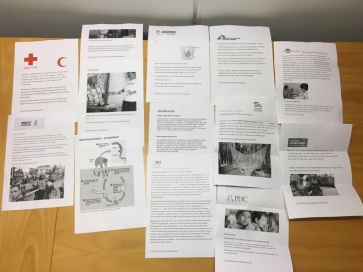 I am currently working on making the documents presenting the charities a little more appealing than last year. To the right is how it looked then. Could probably do with some colors and perhaps a few personal stories and small cartoons.

This one was harder, as I had to come up with new items. I found some good ideas online, e.g. here. I tried to find activities that required some personal interaction, were quite easy, and could be a little fun. This is the final list, in no particular order:

Below is a picture of how the calendar looked last year. I have not finished this year’s calendar yet, but I wanted to blog about it now in case I could inspire others to do something similar. Let me know if you want tips or some of my material to make a reverse Advent calendar yourself. 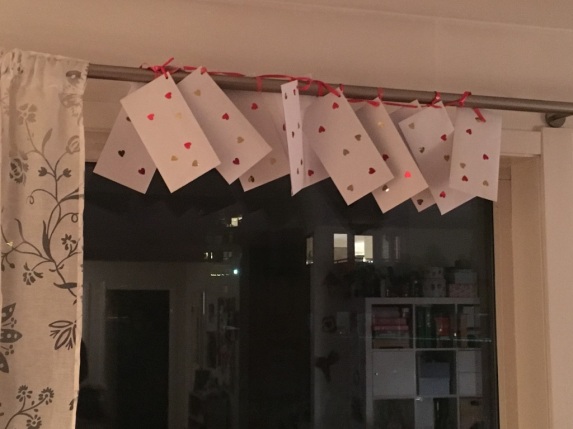 (2005) by Kazuo Ishiguro. Very good about nontraditional forms of humans from the recent Nobel prize recipient. Ishiguro treats abstract questions about the human condition and what should count as humans in this appealing novel mostly set in the English boarding school Hailsham. Recommended.

Part Reptile: UFC, MMA and Me

(2017) by Dan Hardy. For die-hard Dan Hardy or UFC fans, this book is a must-read. For others it is more mixed. It offers a fine portrait of a hard-working mixed martial artist with a varied upbringing and background not afraid to speak his mind, and a view into the mma scene in the UK and the US. However, for someone without a special interest, the material is probably not rich enough for the book to avoid becoming repetitious and too long. Recommended for the fans.

iGen: The 10 Trends Shaping Today’s Young People – and the Nation

(2017) by Jean M. Twenge. Twenge, a psychologist, has written an exemplary social science book – mainly based on large amounts of quantitative (survey) data, and illustrated by and supplemented with information from interviews. (So she could be forgiven the occasional reference to Roy Baumeister, who made a fool of himself in the debate around the replication crisis in psychology.) She is also commendably careful when discussing causality, something that is very far from the norm in popular social science writing. Recommended.

The book is about iGen – the generation born after 1995, who is the first to have had access to smartphones their whole adolescence. Twenge thinks that has been mostly negative, leading to time away from in-person socializing, intense social comparisons via social media, too much weight on appearance and an unhealthy focus on sexy or even nude pictures from a very young age, and sleep loss and mental health issues. It is hard to disagree. Other characteristics of iGen is that they seem to grow up slower than before, reaching several adult milestones like having a job, getting a driver’s license, sex, alcohol, marrying, getting children, years later than earlier generations; a perverse occupation with safety and not offending anyone, leading to extreme willingness to censor unpopular views; concerns about economic insecurity; very high tolerance with regards to LGBT, gender and race issues.

Ratings and previous books are in the library.